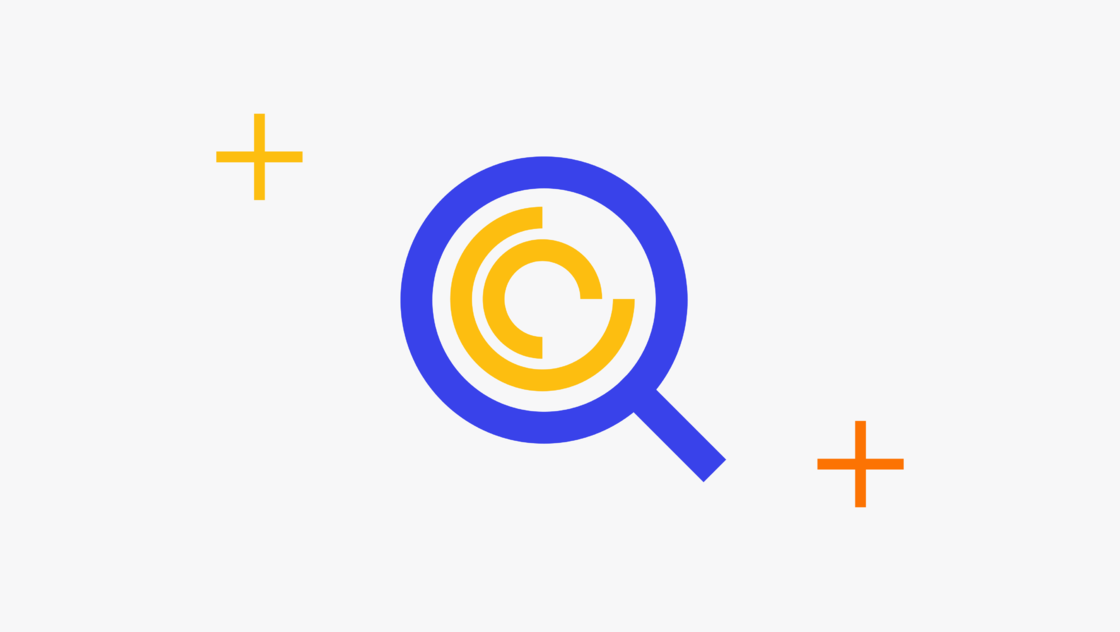 We are pleased to announce our latest attack and vulnerability detection improvements!

For Wallarm Scanner to detect vulnerabilities with even lower false positives, we have refactored the following detection rules:

These changes are already supported by the Wallarm platform, and no additional product configuration changes are required. 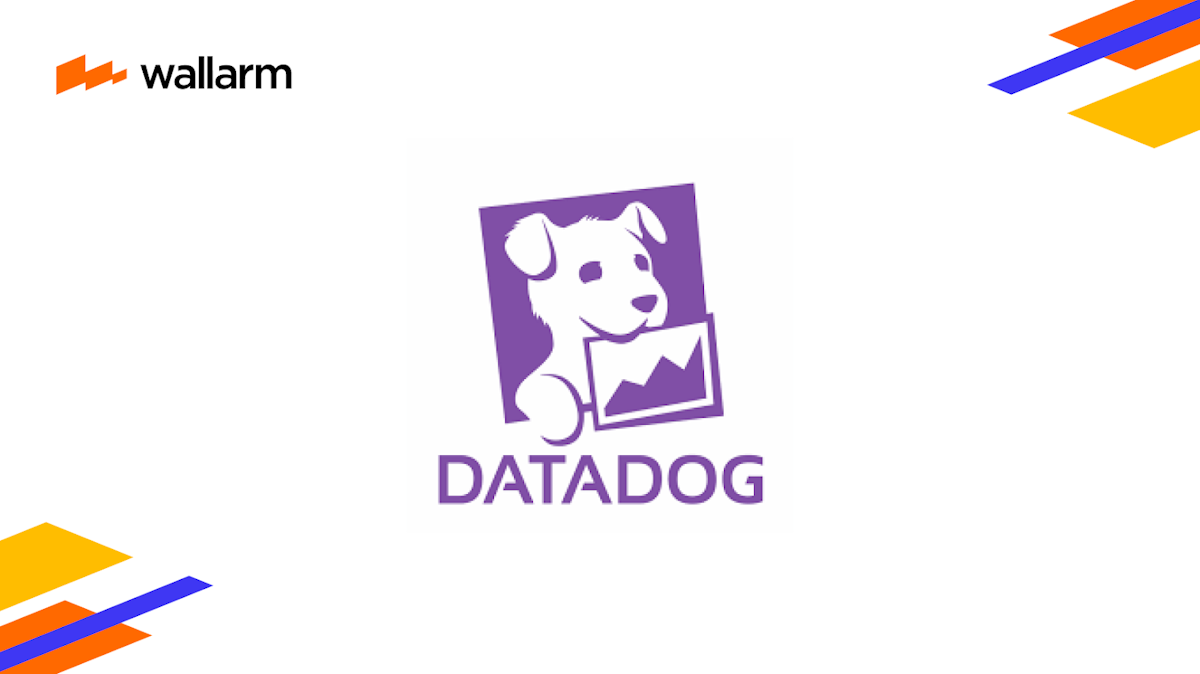 This integration allows you to analyze and process Wallarm API Security events along with data from your other services and products in Datadog. Thus you will have a complete picture of what is happening in your infrastructure.

You can find more detailed information on this capability in our documentation. 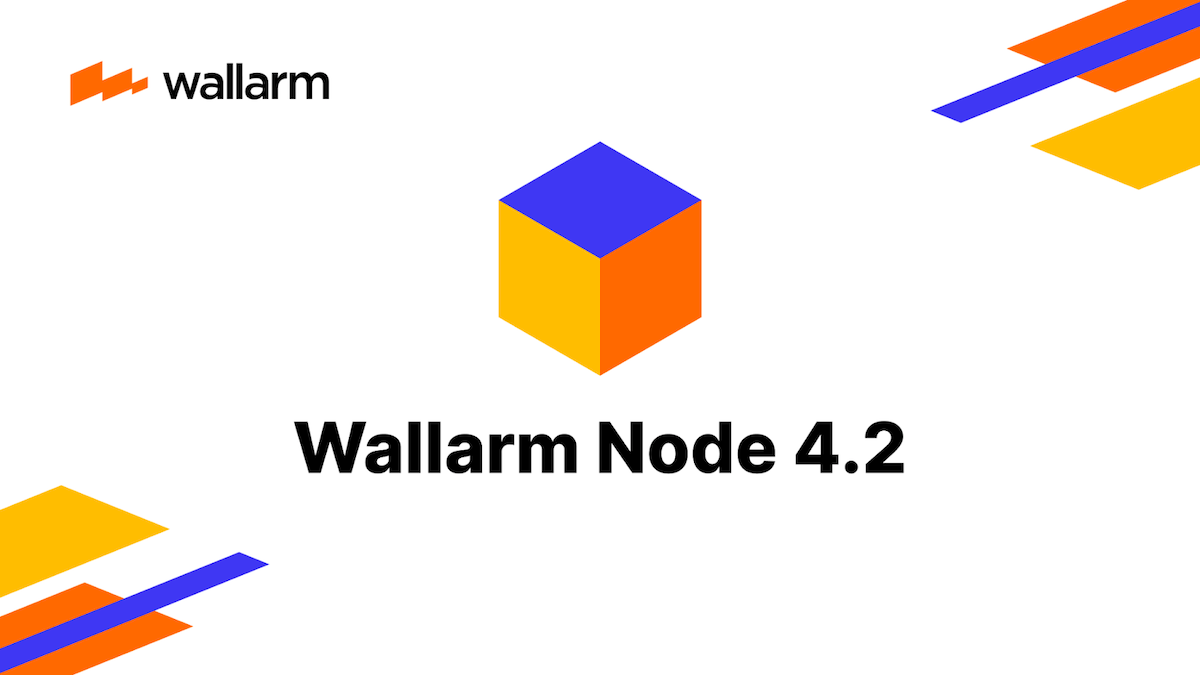 We are pleased to announce the release of Wallarm Node 4.2.

Here is a list of the new features which will be available after upgrading:

When an API-based application is vulnerable to Broken Object Level Authorization (BOLA), also known as Insecure Direct Object References (IDOR), there is a strong possibility of sensitive information or data being exposed. Attackers can exploit vulnerable API endpoints by manipulating the object ID which is sent within the request.

To prevent exploitation of this vulnerability, Wallarm Node 4.2 contains a new trigger which you can use to protect your endpoints from BOLA attacks. The trigger monitors the number of requests to a specified endpoint and creates a BOLA attack event when trigger thresholds are exceeded.

Wallarm Node 4.2 also brings Deep Request Inspection capability for JSON Web Token (JWT) data formats. While this will enable many new upcoming features related to the authentication tokens, Node 4.2 expands attack detection for all content encoded in JWTs. All data encoded in a JWT is automatically unpacked/decoded and checked for the different types of malicious payloads (RCE and others).

CentOS 6 and Debian 9 distributions are no longer supported. There are also some changes related to the logic of denylists. A more detailed changelog and instructions on upgrade are published in the official documentation.

If you have any questions, feel free to contact our support team at support@wallarm.com

When defending your APIs, you need a clear understanding of their structure, what resources they use, and how users or systems interact with them.

The Wallarm API Discovery module automatically determines which API hosts are accessible from external networks and which from internal networks, using real traffic data rather than relying on the documentation provided by the development team. This allows you to analyze your API structure more effectively, enabling you to use different scenarios and approaches for internal vs external resources. For example, it is probably much more critical to know if PII is being transmitted to externally-accessible endpoints as opposed to endpoints which are only internally accessible. 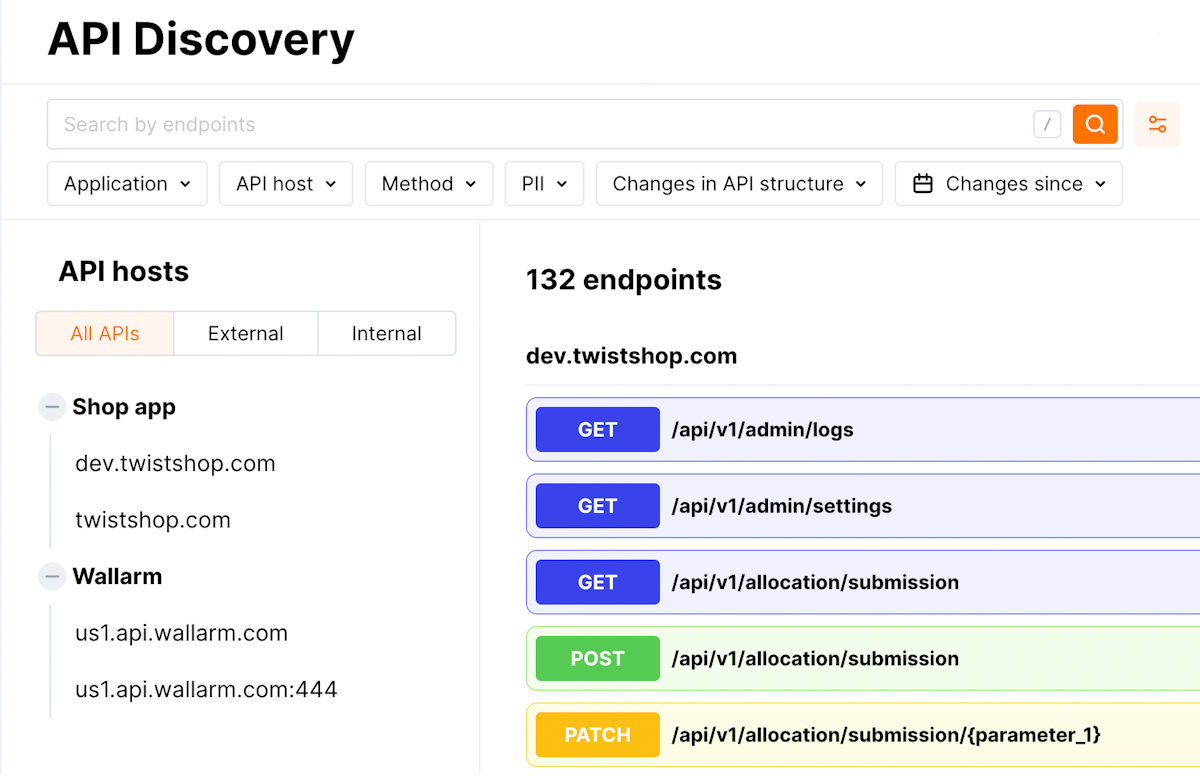 Stay up-to-date with changes in your APIs

APIs are like living organisms, always changing and evolving. It is essential to keep track of such changes, as they can seriously affect the security of your entire solution. For example, PII and other sensitive data may unexpectedly begin transferring to an endpoint, or you have a new undocumented endpoint, also known as a Shadow API.

The Wallarm API Discovery module solves these problems. This module continuously keeps track of changes that occur in your APIs and displays them in the Wallarm Console: 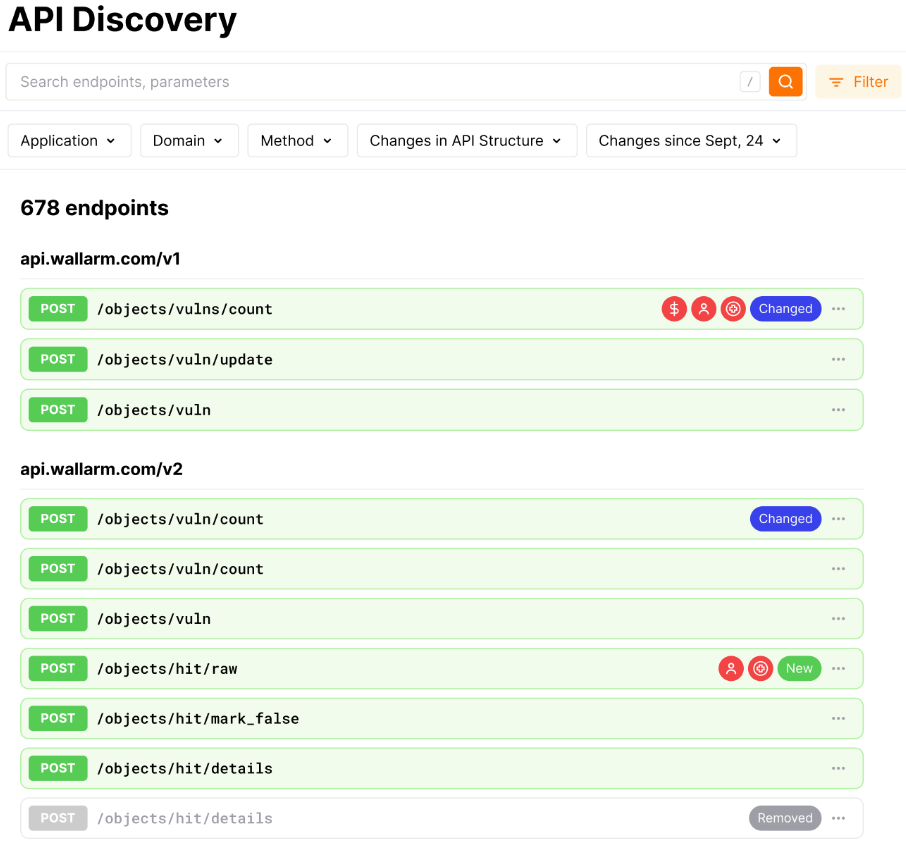 See the Wallarm documentation for more details.We have improved our dashboards to make it easier to analyze malicious traffic and identify critical attack vectors: 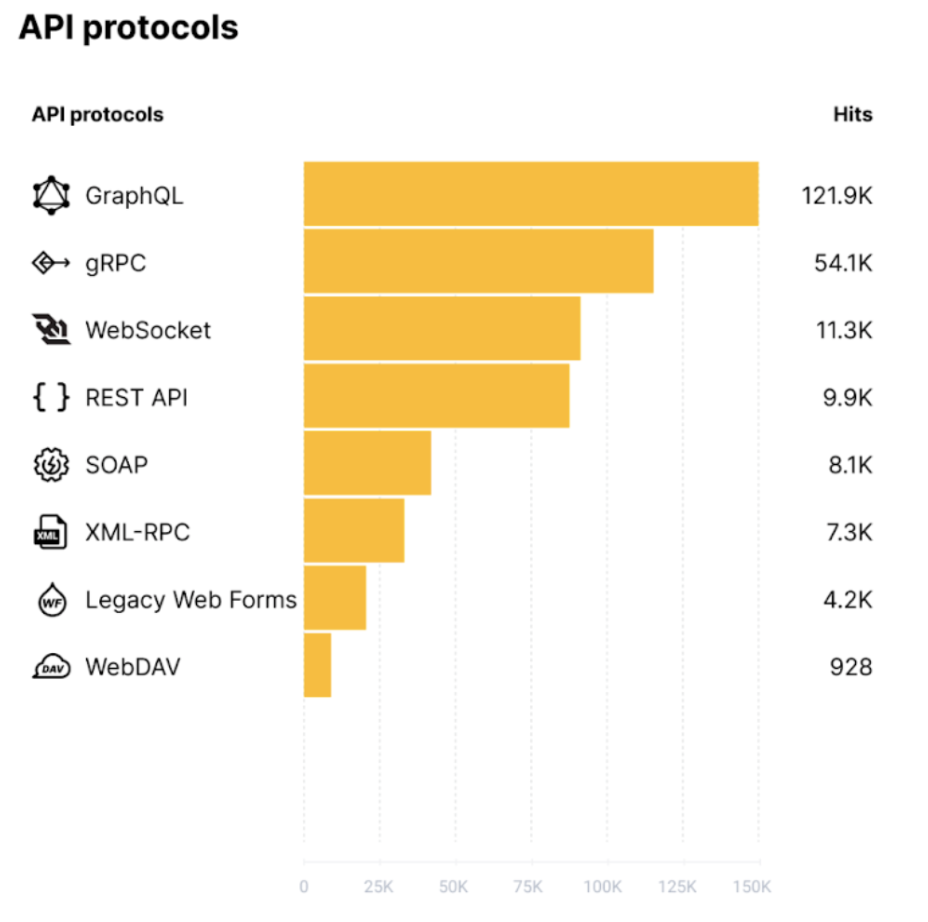 This vulnerability was originally reported on June 13, 2022.

We tested Wallarm’s attack detection against known exploits and have confirmed that they were successfully detected and blocked. No further actions are required when working in blocking mode.

To mitigate this vulnerability when working in monitoring mode, please contact our support team if you want us to create the rule.

We want to share this update regarding the critical Confluence 0-day vulnerability (CVE-2022-26134).

On June 02, 2022 Atlassian released a security advisory for their Confluence Server and Data Center applications, highlighting a critical severity unauthenticated remote code execution (RCE) vulnerability. Exploits are already publicly available and we expect this vulnerability to be heavily exploited in the wild.

We tested Wallarm’s attack detection against the known exploit and confirmed that exploitation attempted are successfully detected and blocked. No further actions are required.

To mitigate the vulnerability when working in a monitoring mode, it’s recommended to create a virtual patch rule based on Confluence recommendation. Feel free to reach out to support@wallarm.com if you need assistance. 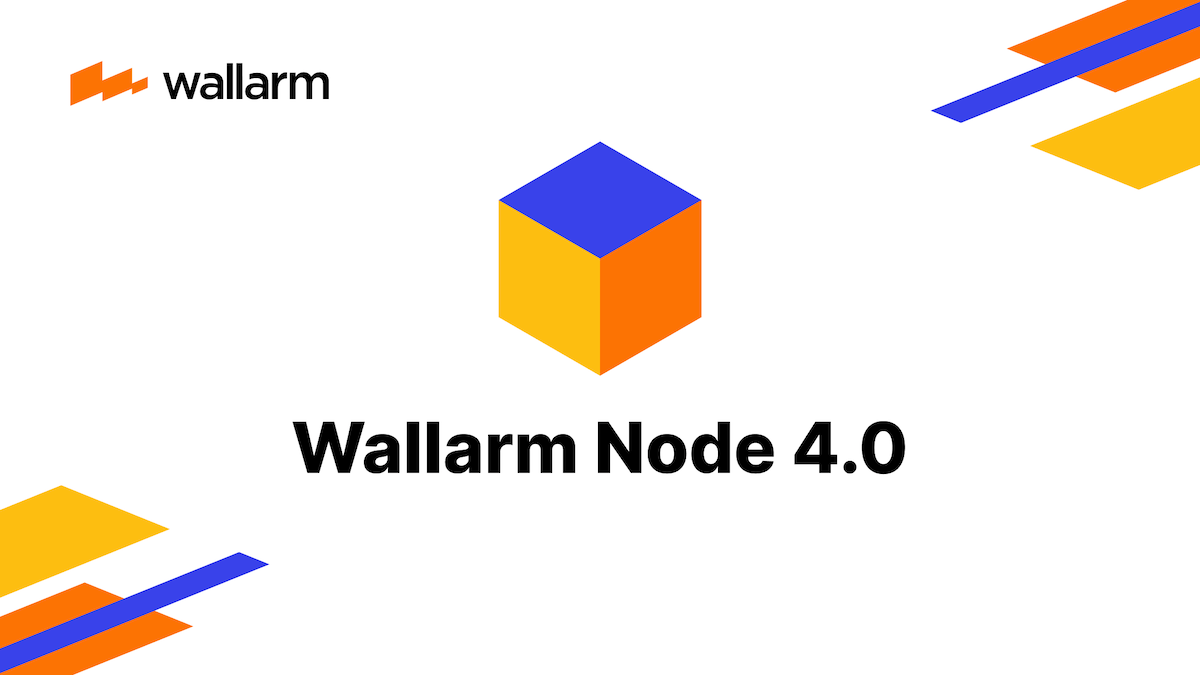 We are pleased to announce the release of a new version of Wallarm Node and the completion of our SOC2 Type II audit.

Here are some highlights on Wallarm Node 4.0.

Wallarm Node 4.0 also incorporates dozens of other improvements. A more detailed changelog and instructions on safe module upgrade from previous versions are published in the official documentation.

You can request an updated report regarding our latest SOC 2 Type II certification by contacting security@wallarm.com.

If you have any questions, feel free to contact our support team at support@wallarm.com.

Spring Framework is an extremely popular framework used by Java developers to build modern applications. If you rely on the Java stack it’s highly likely that your engineering teams use Spring. In some cases, it only takes one specially crafted request to exploit the vulnerability.

On March 29th, 2022, information about the POC 0-day exploit in the popular Java library Spring Core appeared on Twitter. Later it turned out that it’s two RCEs that are discussed and sometimes confused:

Later it turned out that it’s two RCEs that are discussed and sometimes confused:

The vulnerability allows an unauthenticated attacker to execute arbitrary code on the target system. Within some configurations, it only requires a threat actor to send a specific HTTP request to a vulnerable system. Other configurations may require additional effort and research by the attacker

At the time of writing, Log4Spring is unpatched in the Spring Framework and there is a public proof-of-concept available. We see exploits in the wild.

Wallarm automatically identifies attempts of the Spring4shell exploitation and logs these attempts in Wallarm Console.

When using Wallarm in blocking mode, these attacks will be automatically blocked. No actions are required.

You can search for the relevant events in Wallarm Console by using Spring4Shell filter.